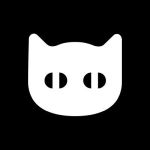 SINGAPORE, Dec 3, 2021 – (ACN Newswire via SEAPRWire.com) – Minting 8930 unique Yakuza Cats for 0.0893 ETH each was the genesis of YCS DAO. The project involves the unique concept of characters from Japanese art encouraging users to role-playing activity at an early stage, an unequivocal attraction for the NFT community. Since its successful launch on September 30th, the project has hit a number of milestones; YCS DAO has grown to a prodigious DAO of 60K on Discord & 32.5K on Twitter.

The path from their roots to where they are now has been an adventurous and audacious road. With an increasing number of NFT projects and continuous minting, a rise in gas fees followed on the Ethereum blockchain. To avoid the so-called gas war, the YCS DAO decided to try a road less traveled: Dutch Auction.

In addition to the original Yakuza Cats NFT collection, YCS DAO introduced and started executing on their publicly announced post-sales roadmap. First, Genesis Yakuza Cat NFTs holders were given 100 $DAMA token per day for a month. The initial incentive was to hearten the early supporters and to confer the privilege of voting in a DAO. Liquidity had been provided later in a Sushiswap pool for users to trade $DAMA.

Shortly after, to stimulate expansion of the YCS ecosystem, YCS DAO released the 2nd generation of their NFT: The Killer Cats. The recruitment of the Killer Cats is available on the official website, requiring two Genesis Yakuza Cat NFTs and $DAMA. All of the $DAMA used during the recruitment is burned to maintain the limited supply. Incorporating the Killer Cats into the Yakuza family will be by eventually forming a background element of the final spot on the roadmap, a Play2Earn game on metaverse.

With significant details of the YCS ecosystem configuration revealed and voting available through $DAMA, YCS DAO utilized $DAMA and achieved its first vote on November 12th. YCS DAO is implementing the tokenomics incorporated with the new 4-year-long incentive program where yakuza cats NFTs are staked to earn $DAMA; Genesis Yakuza Cats will be earning 10 $DAMA a day while the Killer Cats earn 5 $DAMA a day.

YCS DAO confirms that it will continue its future as a Decentralized Autonomous Organization. The new tokenomics will be used to incentivize the community, the core team, and investors. All of which will ultimately strengthen the ecosystem. Metaverse projects like Sandbox and Decentraland have been the front runners, YCS DAO may be in line for the next big wave.